Rachael Dodgson from UK Parliament visited school to speak to the juniors (Years 3 -6) about how democracy works in the UK. She explained that there were two houses - the House of Commons and the House of Lords - and how people were elected to their roles. The children were given 'clickers' and asked to vote on an issue to show how everyone's opinion counted. Years 5 and 6 then took part in a lively debate 'Should it be law that children walk to school at least once a week?' Fierce points were made from both sides - the 'yes' contingent citing health benefits, less traffic therefore fewer accidents and so on but the 'no' contingent countered these with people may live too far away, it could be difficult for those with disabilities... After everyone had listened to both sides of the argument the all-important vote took place - and the winning side was the 'no' side. Thanks to Ms Dodgson , it was an excellent introduction to how our country is governed. 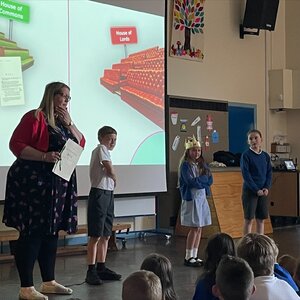 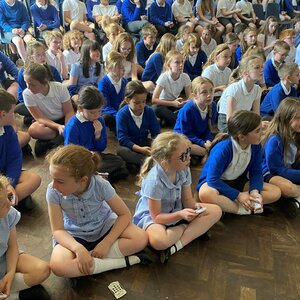 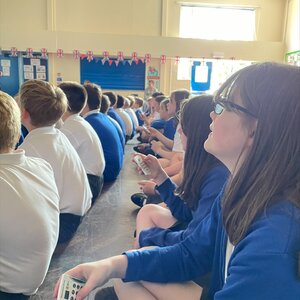